This is part one of a five-part series of articles exploring the Drupal 8 Configuration API, how it enables functionality to be migrated between multiple environments, and ways of using the Configuration API with contributed modules to effectively manage the configuration of a Drupal 8 project.

Components of a Drupal environment

What makes up an environment of a Drupal project? In other words, when making a 'copy' of a Drupal site, what are the elements that need to be migrated/copied to create that copy? A Drupal environment consists of the following elements:

The above five elements together make up a Drupal environment. The environment is a fully-functioning Drupal copy (instance), with its own configuration and content. Each environment will have its own domain (URL) at which the environment can be accessed.

Typical projects these days will have a minimum of three environments:

A major issue that existed with all versions of Drupal core up to and including Drupal 7, was that content and configuration were both stored in the database, and there was no way to separate them. This made it difficult to manage configuration changes, such as adding a field to a content type, between multiple environments. There was no way to export the configuration for that single field, so to ensure consistency full databases were migrated. The problem is that database migrations are an all-or-nothing venture; when migrating from one environment to another, the entire database of the source environment overwrote the entire database on the target environment, meaning all content and configuration was overridden on the target environment.

This opens up a problem though. Imagine this scenario:

With the above scenario, the new field created on the developer's local environment is now on the production environment, however the content created in step 2 is overwritten and lost. As such, the above process is untenable. Databases cannot be migrated 'up' (to production) after a site has gone live. They can only be migrated 'down' (from production).

While this process worked (and still does continue to work for many projects), it was not ideal. It led to issues where database migrations had to be coordinated with clients and other developers to ensure that it was safe to wipe out content or configuration someone else may still be working with.

The Drupal 8 Configuration API was created to overcome the above issue, so that developers could migrate configuration - such as Field API fields, content types, and taxonomies - between environments, without having to overwrite the entire database. It decoupled configuration from content. To understand how it makes things better, let's again review the components of a Drupal site, and the storage mechanisms behind them:

Note 1: the Drupal 7 Features module essentially does the same thing, and though the methodology is different, many of the concepts in the following articles will be relevant to that module as well.

Note 2: the Drupal 8 Migrate API was developed in parallel to the Configuration API, allowing for content also to be migrated, again without overwriting the entire database.

In this article, we looked at an overview of the Configuration API to understand what it is, and why it was created. After reading this article, you should have an understanding of what a Drupal environment is, and what it consists of. You should understand that in Drupal 8, configuration is stored in the database, but can be exported to files, which can then be used to migrate content between environments. In Part 2 - How the API works, we will take a closer, more technical look at how the API works, and in Part 3 - Using the API, we will discuss how to use the API, and some contributed modules that extend its functionality. 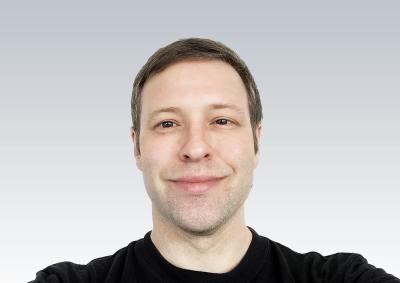